Shows how we can map single EC2 instances to multiple Network Interfaces via Multiple Elastic IPs.

This is an introductory blog on how AWS ENI behaves with EC2 instances. If you’ve just started studying AWS, you may not use this feature straightaway. Instead, it can be used in multiple other technical use cases. However, it is always good to understand the real concept behind ENIs rather than knowing it conceptually.

ENIs can be useful in the following key scenarios [1].

ENI is a logical networking component in a VPC that represents a Virtual Network Card. It can have the following attributes.

Some of the key features of ENIs are as follows: 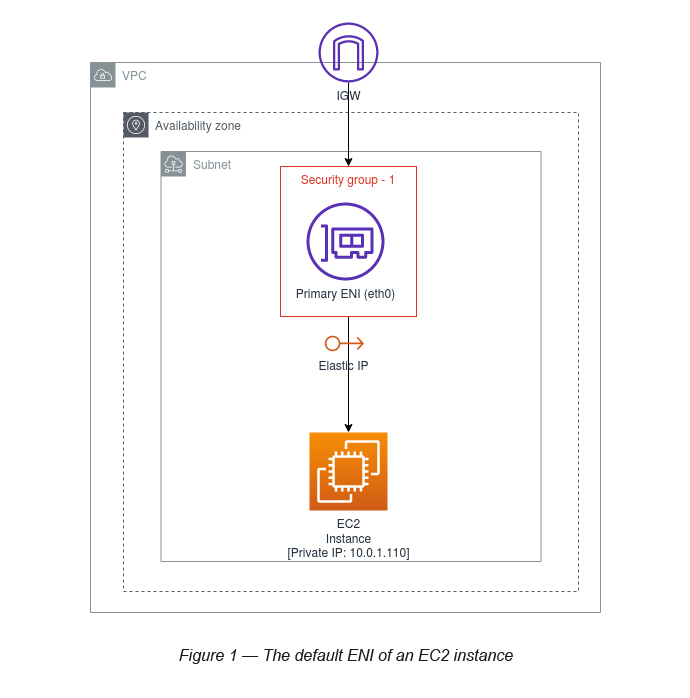 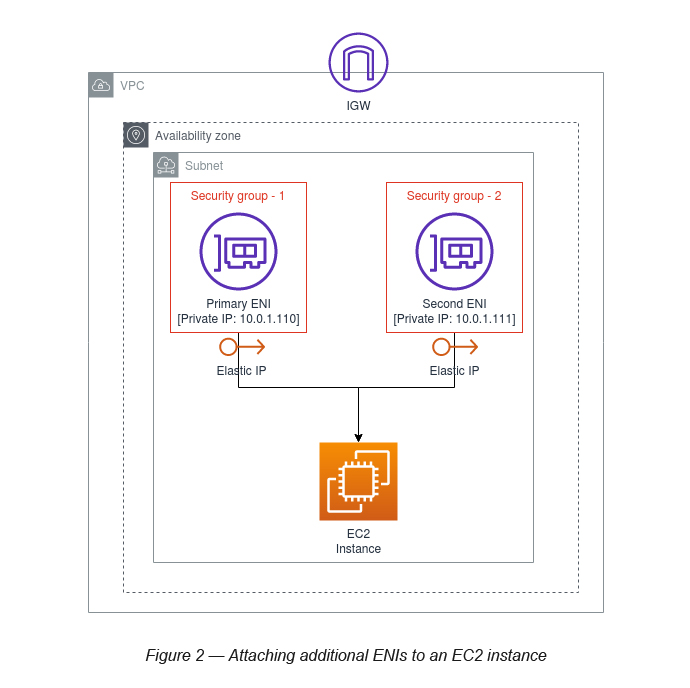 In this blog, we will be primarily focusing on how to create multiple ENIs for a single EC2 instance and attach multiple Elastic IPs for each ENI private IP. Using this approach, you can create multiple routes to the same instance application installations.

We will discuss how we attach and detach ENIs to and from EC2 instances in a later blog.

Create an EC2 instance (Amazon Linux, t2.micro) and install Apache on it.

While creating the instance, create a Security Group (my-sg-1) and open port 80(HTTP) for future testing.

When you create an EC2 instance it attaches a default network interface (primary ENI — eth0) to it (see Figure 3). 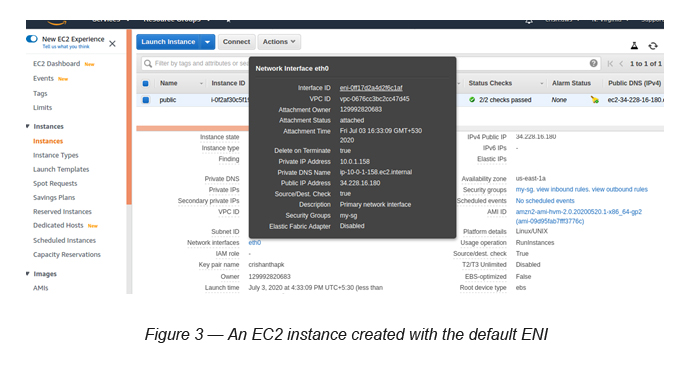 Now let’s allocate a new Elastic IP to the primary ENI (If your subnet is public and is configured to have auto generated public IP(s) then this is not needed. But, here we are going to showcase how Elastic IP(s) can be allocated to ENIs).

Task 3: Associate the created Elastic IP to the primary/default ENI 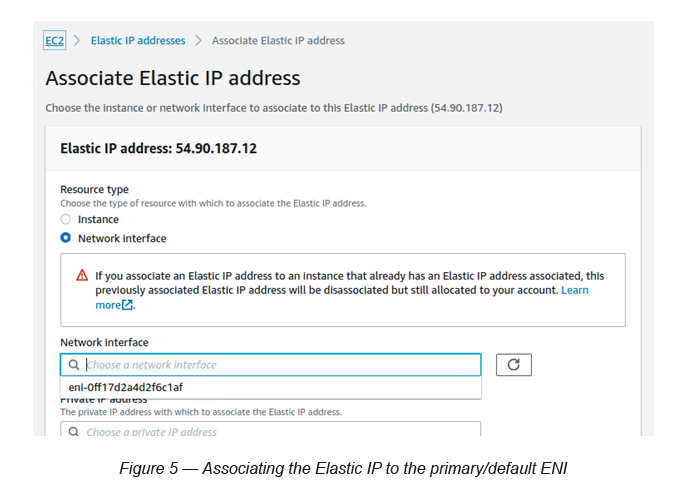 Let’s try to run the instance now with the assigned Elastic IP. You should see something similar to this. Here, the index.html has a dummy text “Testing ENI” (see Figure 6).

Now, let’s try to create another ENI and attach an Elastic IP with a new Security Group attached to it. This allows us to navigate the same instance via a different network address (new Elastic IP).

As a prerequisite, create another Security Group (my-sg-2) without allowing any ports to it. 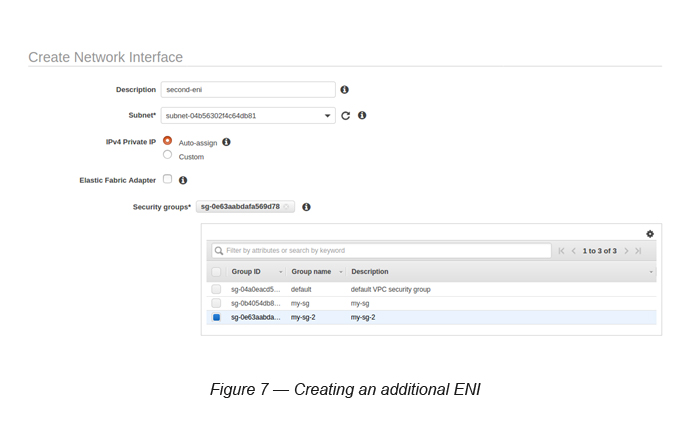 Task 7: Associate the Elastic IP (created under step 6) to the additional ENI 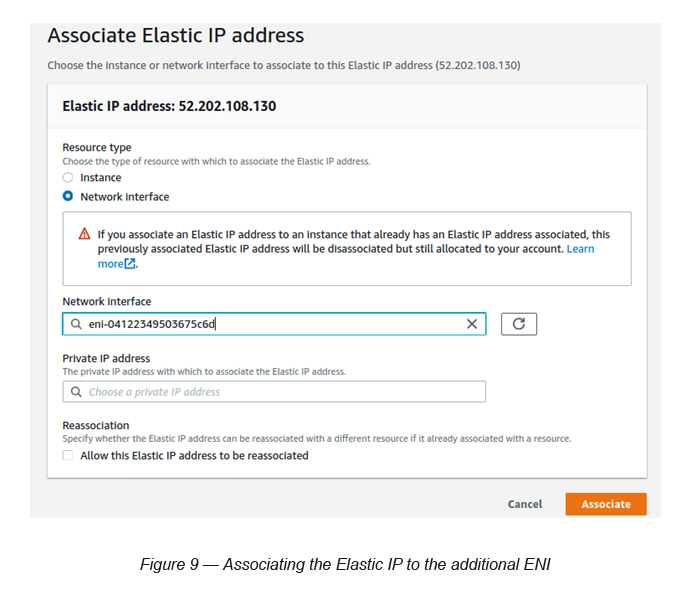 Task 8: Attach the additional ENI to the EC2 instance

In order to attach this additional ENI to the EC2 instance, you are first required to do the following configuration.

Finally, as a result of the above exercise, the EC2 instance is now attached to the two ENIs.

Now you should be able to see something similar to the following screen. 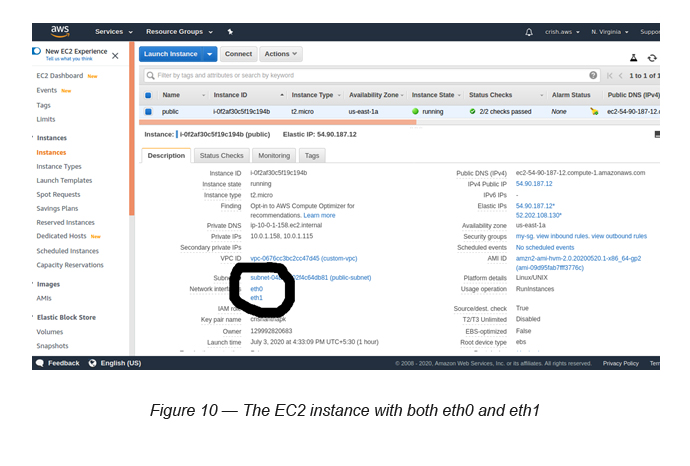