This is the second part of my AWS Systems Manager (SSM) blog series. The first primarily talked about how we can use RUN command and how to create a SSM Managed instance.

This blog primarily will be focusing on another capability of SSM, which is the Patch Manager.

AWS Patch Manager automates the process of patching your managed instances with both security and other types of updates.

For security patches, Patch Manager uses patch baselines that include rules for auto-approving patches within days of their release, as well as a list of approved and rejected patches.

You can use Patch Manager to apply patches for both operating systems and applications running on them.

There are five main steps that need to be followed in the Patch Manager patching process (see Figure 1). 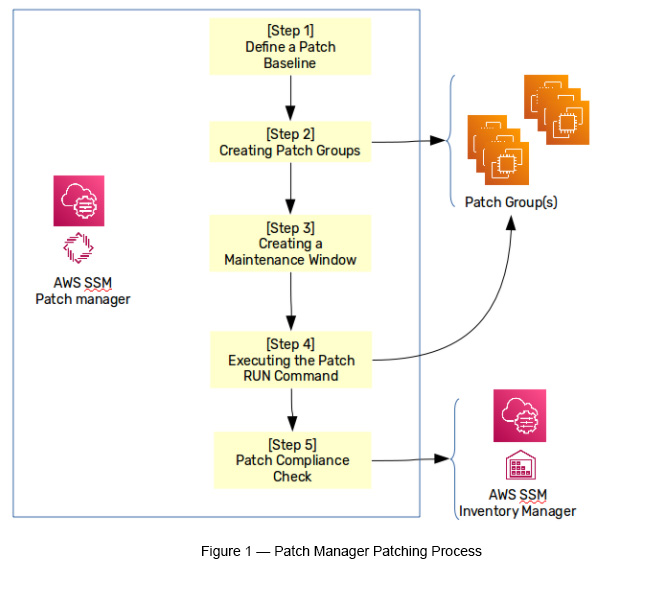 Patch Manager uses Patch Baselines to define what gets installed. These baselines include rules for auto approving patches within days of their release, as well as a list of approved and rejected patches.

AWS-PredefinedDefaultPatchBaseline — For Windows (same as above)

AWS-PredefinedDefaultPatchBaseline-OS-Applications — For Windows and MS applications

This defines groups of resources, which act as targets for patching tasks.

The maintenance window defines a schedule, duration, targets and tasks. It works as the main coordinator for the whole patching process.

Execute the AWS-RunPatchbaseline command (the built-in RUN command) with a baseline defined to a given target(s). This process orchestrates the whole patching process with defined targets.

Once patches are executed, target groups are checked for any compliance issues. This is basically being managed by the AWS SSM Inventory feature. 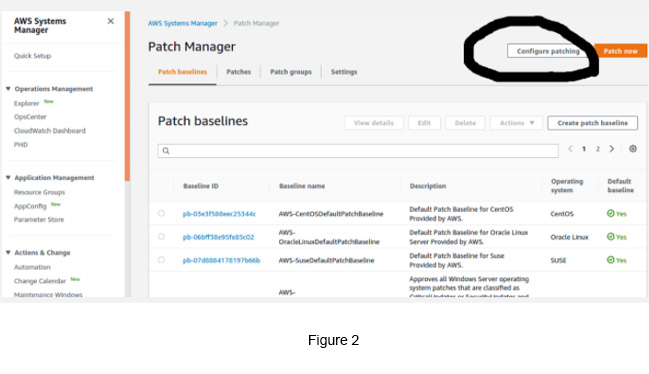 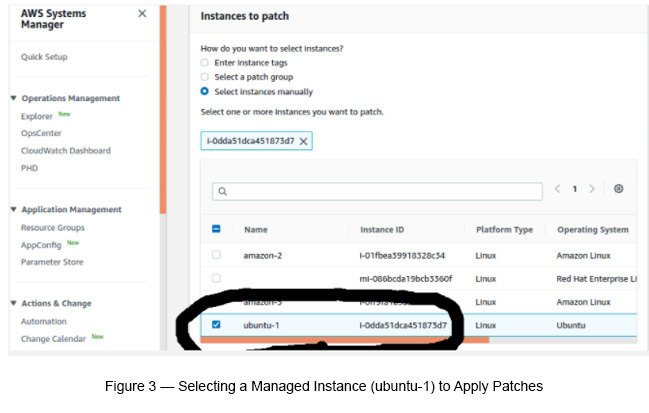 Use Scan and Install as the Patching Operation (see Figure 4). 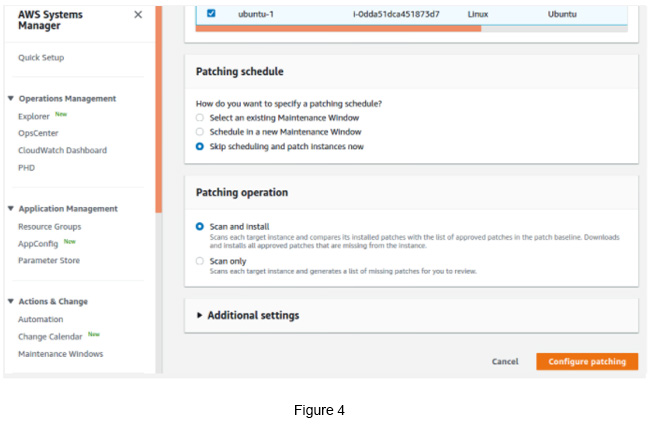 Click the View Details button, which appears on the top of the page. You will get a page like below if the patching process went well (see Figure 5). 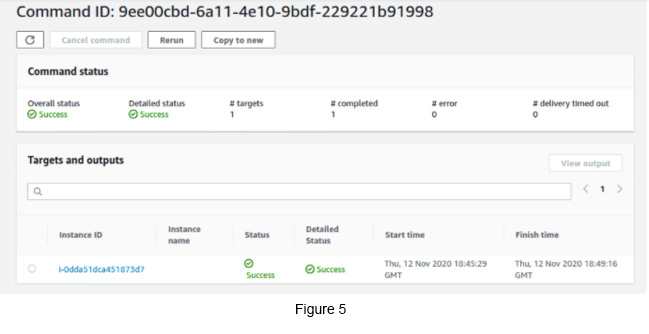 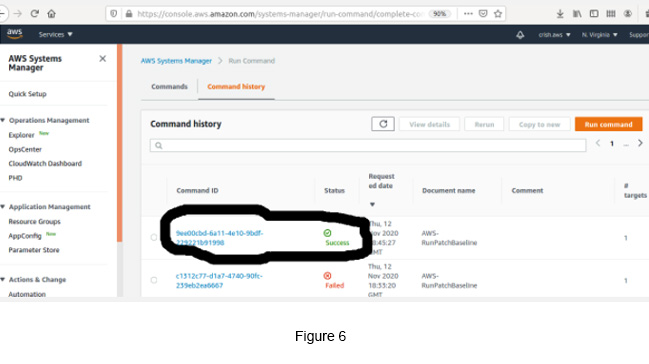 You can see multiple patches applied to the selected managed instance (see Figure 7). 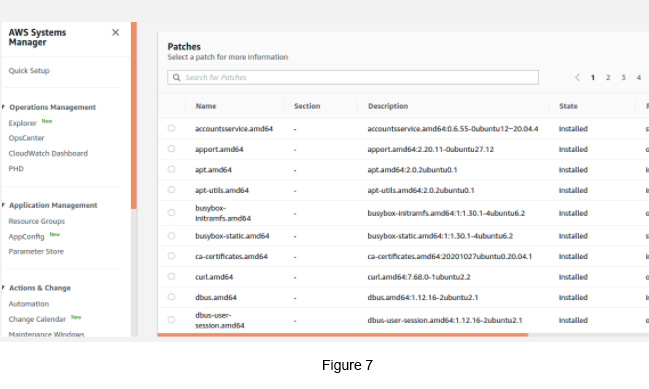 Now start setting up the Inventory to check patching compliance.

Keep the rest of the field attributes as default and finally click Setup Inventory. 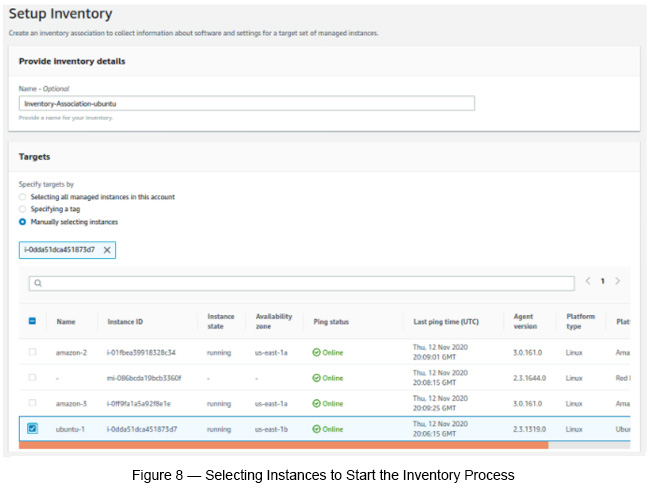 Go to SSM -> Inventory -> Select the instance that you initiated the inventory process.

Now, from the above list (see Figure 9), select the managed instance that you started the inventory process.

Click the Inventory tab to see the inventory data for the given managed instance. You can select Associations and Patch tabs as well to see all associations and patches (see Figure 10). 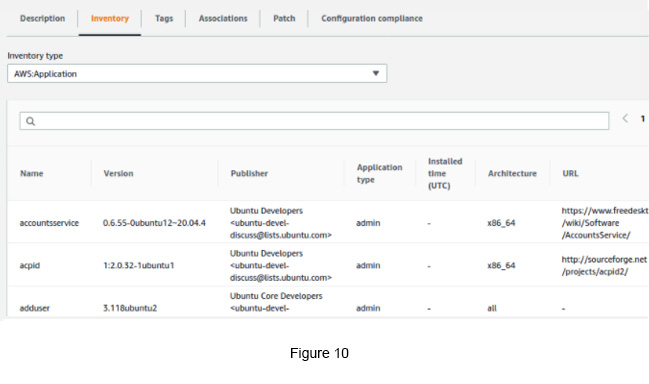 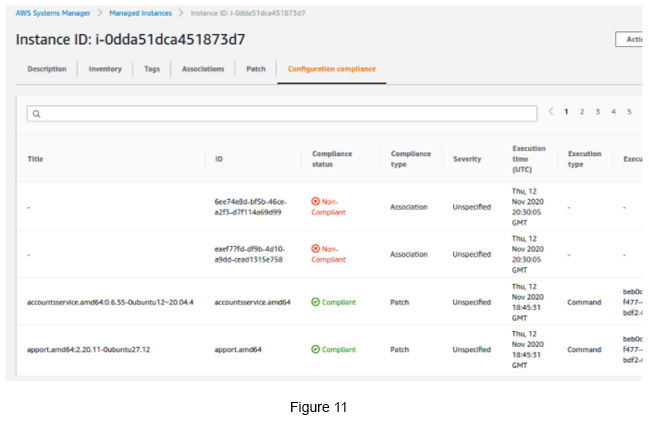 it appears that the patching has not been applied as expected. Now you can investigate further into this to find the root cause of the issue.

Hope this blog gave you some insights into how patching can be done and how SSM can help you along this journey.