The 1 Billion Tech - NorthBay team was required to develop a solution which could read files from the AWS S3 bucket where the data could be versioned and validated at record level and stored in another S3 bucket. The solution was to be automated by a JAVA driver program and AWS Data Pipeline.

It is an end-to-end proof of concept of the actual project.

Though it was not a direct client task from 1 Billion Tech, the ‘1 Billion Tech - NorthBay’ team took this as a training task. The proposed solution was deployed on Amazon Web services. Data transferring in the proposed solution was done by using the concept of AWS Data Pipeline. AWS S3 was used as the storage component and the computation was performed on the AWS EMR Cluster using a SparkSQL application.

The 1 Billion Tech - NorthBay team obtained hands on experience on various components during their work on this PoC, some of which are listed below:

Configuration of a VPC with a private and public subnet for enhancing the security. This is accomplished by using IAM Roles & Policies in order to ensure file level granularity control on S3 for various users.

Installing a Task Runner in an already running EMR so that the Data Pipeline doesn’t use up time in launching the EMR itself for running its activities. Copying files from one S3 bucket to another S3 bucket involves:

This helps us control the flow of data and its processing on EMR.

Deployed a SparkSQL application written in Java that reads files from S3 to data frames and is run on EMR Cluster (applied a few transformations using raw SQL queries and built-in methods).

Created and executed a basic workflow of a map-reduce job using Oozie (implemented word count example in Python, Read files from AWS S3 and results were put back on AWS S3).

Created multiple users and assigned different policies to them for testing level access control in HDFS and table and record level access on Hive.

It helped us to create security policies on the Hadoop Ecosystem.

Implemented a CI/CD setup on AWS that automatically detects new code being pushed to CodeCommit and triggers a CodePipeline that users a CodeDeploy agent to deploy the latest build on specific servers (EC2 in this case). 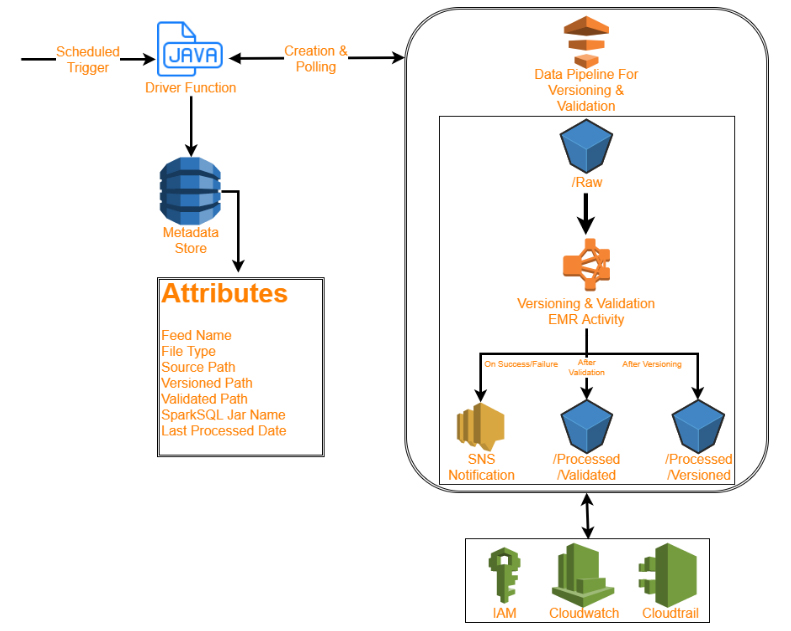 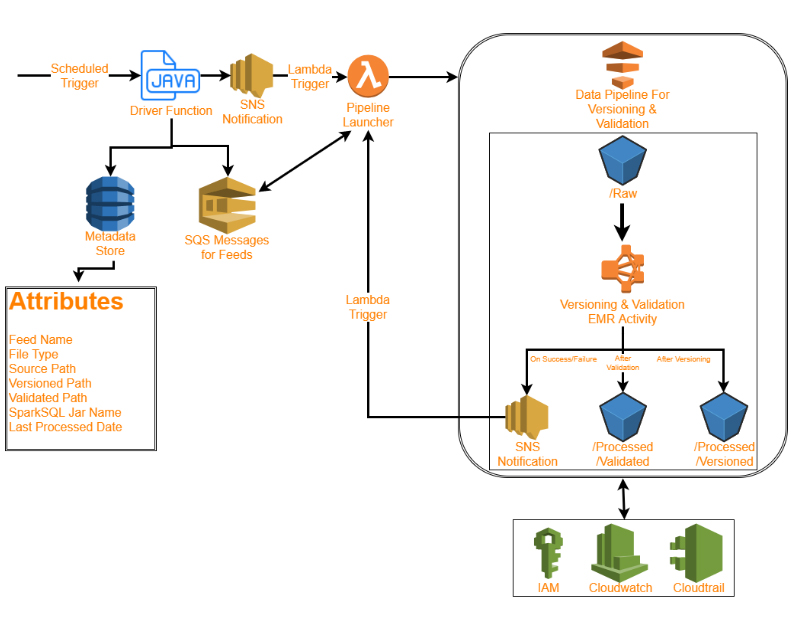 BENEFITS TO THE CLIENT

This PoC enables the client to separate the data in the S3 bucket into validated/versioned/invalid buckets in a secure and automated way when data arrives as a batch.

The ETL job will be run once a day and presumably there will be an ETL window for it.

Once the ETL job has run successfully for a specific day, it cannot be re-run because that would bring it into an inconsistent state.

TradeStation - Performance Testing for US based trading platform